For indigenous communities, place names hold special value. As Délı̨nęgot’ı̨nę elder Morris Neyelle puts it, “I always want my kids to understand the history and be proud of who they are. The names given by our ancestors should be in place rather than the English ones, so that my people can understand where they come from.” Place names are vital as the framework upon which other types of spatially-oriented, ecological, and traditional use information are structured and transmitted between generations. Place names have always been passed on through oral tradition. However, communities in the Northwest Territories have also been recording place names – and the stories and legends attached to them – using alternate and new technolog 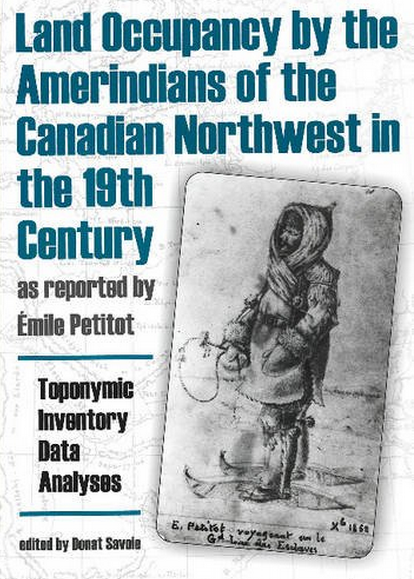 Émile-Fortuné Petitot was a French oblate missionary , and one of many individuals who has worked with knowledgeable indigenous and non-indigenous land-users to record place names during his extensive travels in the Athabasca-Mackenzie area of what is now the Northwest Territories during 1862-1883.ies for more than 150 years.

Petitot was avidly interested in indigenous languages and stories, and his skills as a linguist and ethnographic researcher make his work invaluable in understanding the history and meaning of indigenous cultural and ecological landscapes. Petitot recounts stories about places, provides descriptions of the sites he visited, and details travel routes, fisheries, hunting trips.

A study with Fort Good Hope elders in 1978 drew upon Petitot’s work to learn how place names shed light on Dene understandings of space (Castongay, 1981). Working with elders, Tłı̨chǫ researchers have found that in many (but not all) cases the places are currently known by the same names today as they were in the 1860s (Whaèhdǫǫ̀ Nàowoò Kǫ̀ 2002)

Petitot created his own method of writing indigenous languages using the French writing system that he was familiar with. Because he was a careful and consistent writer, it is possible to translate his spellings into contemporary orthographies.

An edited compilation of traditional place names recorded by Petitot was edited by Donat Savoie and published by University of Alberta Press in 1979 and reprinted in 2001.

The online map presented here was created from a digital toponymic inventory included with the 2001 reprint. This inventory contains place names, co-ordinates, and information about the names. The place names are presented as-is: using Petitot's orthography, and with editorial comments included. The export process produced a small number of errors in the inventory.

This project is ongoing. Digitizing of the full spatial extent of the place names on the 1979/2001 maps is currently being carried out by the Alaska Native Place Names Project.

The conversion of the toponymic inventory would not have been possible were it not for the participation of all project partners: